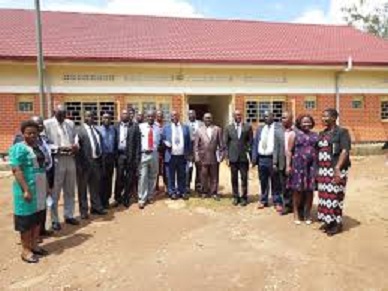 Village and parish chairpersons in Kagadi District want government to increase their ex-gratia payment from Shs120,000 to Shs300,000 annually.

An ex-gratia is a voluntary payment or gift made by an employer where there is no contractual obligation to do so.

The LCI and 2 chairpersons’ current annual Shs120,000 ex-gratia translates into Shs600,000 paid during their five-year term of office.

However, the chairpersons say this is too little an amount government pays them given the services they render.

Mr Silas Karumuna, the Kabuga B LC1 Chairman says that the amount of money that government pays them as a token for their services cannot cause any impact in their household set up yet they render a lot of services to their constituents.

“Local Council leaders deserve recognition for their work most of which involves pacifying communities. Even the Shs20,000 is very little compared to the current cost of living with COVID-19 Pandemic challenges,” he argues.

Mr Karumuna suggests that government should increase the money to Shs300,000 annually.

Mr Herbert Byaruhanga, the Nyamacumu LC 2 Chairman says the money should be revised to lessen the gap between LC3, LC5 Chairpersons and LC1and 2 chairpersons.

“That is little money given to us and again it is deducted for fuel for some officers who get it in form of physical money. This is unfair because those officers get their allowances”, he argues.

Mr Byaruhanga suggests that government should instead give them Shs30, 000 per month as their honoraria though he says it is still little given the amount of money the other local government leaders are paid.

He says that the LC1 and 2 chairpersons’ issue can only be addressed by the Salary Review Commission.

“We will not build a dam at Murchison Falls”: Minister

“We will not build a dam at Murchison Falls”: Minister

ABOUT US
Kazi-njema News website is initiated with the aim of facilitating the central objective of the company through publication of independent information focusing on the fields of gender, environment, culture, extractives, technology and health among others
Contact us: kazinjemaconsultsltd@gmail.com
FOLLOW US
© © Kazi Njema News. Copyrights Reserved 2020. Designed By Habin Consults Limited
MORE STORIES