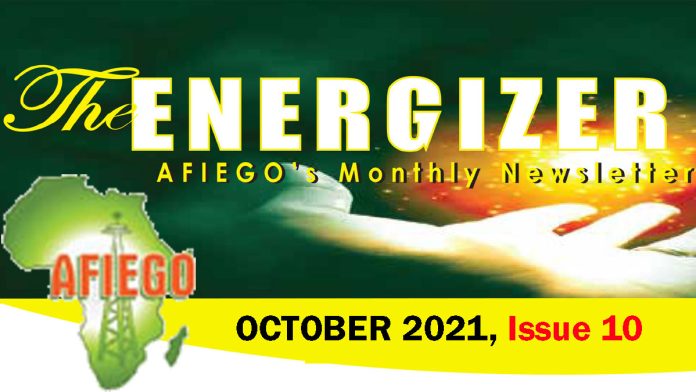 After the arrest and release of its six staff on police bond, the Africa Institute for Energy Governance (AFIEGO) has listed 14 incidents of arrests, office raids, threats and property vandalisation.

In AFIEGO’s October monthly newsletter, the cases were recorded between September 2020 and October 2021 with the main victims being its staff and partners involved in community and environmental rights.

The organisation’s newsletter lists the cases one-after-another in a detailed manner including the arrest of its partners and staff in Buliisa, Hoima and Kyotera districts in relation to community rights in the oil industry and during efforts to save Bugoma forest from depletion.

AFIEGO, in particular, was later accused of purported failure to produce some documents.

Despite the challenges, AFIEGO reports achievements in the field of human and environmental rights protection such as engagement of  legislators from Bunyoro over works to ensure the Bugoma forest depletion issue is put on order paper for debate in parliament after it was suddenly dropped after assurance from the Speaker that it could be given due attention.

The organisation shows a future plan to intensify environmental and human rights protection without fear for further arrests and intimidation.

You can get the details of the entire publication by opening/downloading the PDF file here:

255 military police pass out in Masindi

April 17, 2022
Need Help? Chat with us
Start a Conversation
Hi! Click one of our member below to chat on WhatsApp
The team typically replies in a few minutes.
Kibego John
Kazi-Njema News