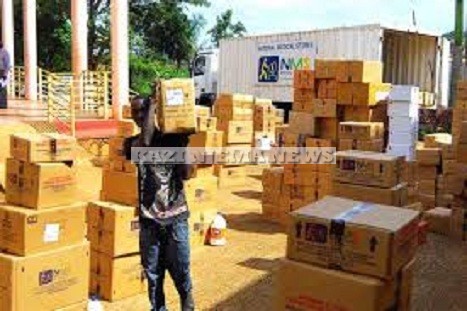 Seven health units have been hit by drug stock out in Bwijanga and Budongo Sub-counties, Masindi District.

This was revealed during a district experience sharing by Public Expenditure Tracking Surveyors (PETS) at a meeting organised by Community Driven Network (CODNET) Uganda – a non-government organisation at Red Cross offices in Masindi Town.

Presenting the report, Mr Innocent Ahungi, a PETS member for Bwijanga disclosed that five health units have been hit hard by drug shortage in the sub-county.

“Residents in the sub-county are finding challenges in accessing drugs now, since most of the health centres do not have drugs. The health units have never had any drugs since April and whenever patients go there, they are advised to buy them from private clinics,” he said.

Mr Ahungi called upon the relevant authorities to intervene.

Mr Mustafa Eneku, a PETS member for Budongo also revealed that health centres in the sub-county are grappling with drug stock out. He added that health workers are always at their work stations but do not have drugs to dispense to their clients.

He said that Nyabyeya and Budongo Health Centre 2s have been hit. This has forced patients to stop going to government health facilities because they know they will not get any drugs there.

“When I ask the health workers about the situation, they always tell me that government has so much concentrated on COVID-19 and given less attention to the health facilities,” explained Mr Eneku.

Mr Eneku added that now patients in Budongo have decided to shy away from going to government health facilities in the sub-county since they do not get any help there.

Mr Bosco Nek, the CODNET Uganda Programme Officer, said that the organisation will incorporate the issues raised in the report that will be presented to Masindi district leaders during a district engagement that will take place next week.

He added that during the engagement that will attract different stakeholders, duty bearers are expected to take immediate action to save life.

However, when contacted, the Masindi district secretary for health, Ms Hafsa Karungi, denied that there is drug stock out in health units in the district.

She argued that patients have been receiving quality health services since the COVID-19 lockdown was imposed.

“The National Medical Stores has been giving the district enough drugs and if there is any drug stock out in any health facility, it should be blamed on the in-charges who could be delaying to request for drugs,” she said.