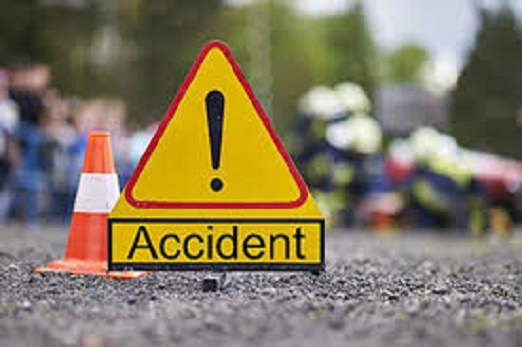 A man believed to be in his mid 60s has died after being knocked by a motorcycle at Isimba Village in Pakanyi Sub-county, Masindi District.

Mohammed Kabagambe, a resident of Kisanja-Kadebede village in Pakanyi sub-county died on spot today (Friday) at around 1pm, Mr Denis Atulinde, a resident of the same area told this website.

Mr Atulinde said the deceased who was riding a motorcycle was knocked dead by another motorcyclist carrying two people as he tried to cross the road.

Two people who were riding on the other motorcycle sustained serious injuries and were rushed to a yet to be known health facility while the body was taken home as police took the motorcycles to the station.

Several people have died along the Masindi-Kigumba Road that is nearing completion since government through the Chinese company started polishing it.

Some were knocked while others hit humps mounted on the road to check motorists against over speeding.

Recently, a boda-boda rider in Masindi town died after hitting a hump at Walyoba village while another one died after being knocked at Nyambindo village in Pakanyi sub-county.

Kazi Njema Reporter - November 26, 2020 0
Bugoma Central Forest Reserve is back to high risk of massive degradation despite recent interventions of national and international, state and non-state...

July 18, 2020
Need Help? Chat with us
Start a Conversation
Hi! Click one of our member below to chat on WhatsApp
The team typically replies in a few minutes.
Kibego John
Kazi-Njema News