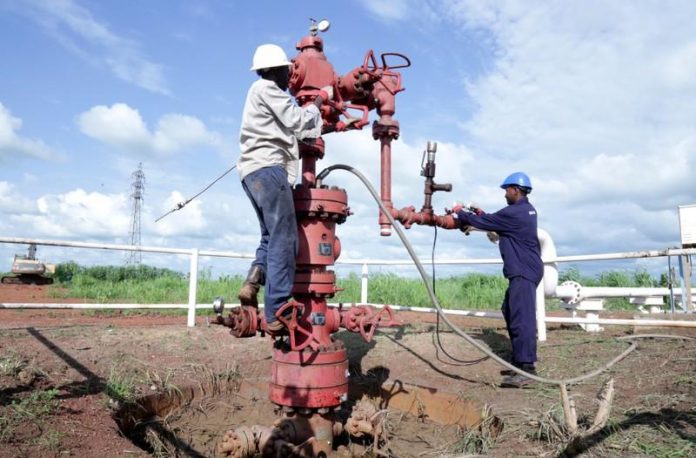 South Sudan Vice President for Economic Cluster Dr. James Wani Igga says more than 400 companies working in the oil sector have not paid taxes since independence in 2011. It amounts to a loss of more than $4 billion in revenue.

He spoke at the launch of the resumption of oil production in Unity State’s Tharjiath oilfield at the beginning of this week after more than eight years of shutdown.

Dr. Igga said the companies have been operating in total disregard to the tax regulations for about 10 years.

“We examined only 40 of them out of those 500. Most of them have never paid Personal Income Tax (PIT) since independence 2011. From this 40 we uncovered unpaid PIT amounting to $1.5 billion just for 10 years. This is something that is supposed to go the coffers of the Ministry of Finance,” Dr. Igga said. “This is not including the sum of $3.3 billion due to the country from the actual oil companies as arrears.”

Dr. Igga stressed that this impunity is the reason why the country continues to suffer from a financial crisis despite oil production.

The Vice President said the situation must change, adding that residents in the oil-producing areas must also receive their share for development.

The ministerial economic cluster started assessing the performance of the oil and petroleum sector last month.

How lightning links to environmental conservation

How lightning links to environmental conservation

9 arrested for beating Ugandan turnboy to death in Nimule