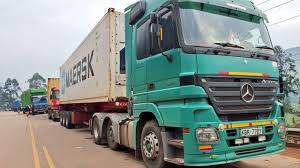 Government delay to agree on making a Final Investment Decision (FID) with oil companies has paused employment opportunities available in the transport and logistics sector of the oil and gas industry in Uganda.

During the 2nd National Content Conference at Serena Hotel in Kampala on Tuesday, one of the delegates, Mr Abdul Kyamanywa from Hoima District pointed out that the stay has left many drivers jobless in spite of the readily available opportunities there.

However, the Principal of Uganda Petroleum Institute Kigumba (UPIK) in Kiryandongo district who was among the day’s presenters, Mr Bernard Ongodia supports the delay saying it has somewhat assisted the public and private education sector to build the capabilities of Uganda’s human resources ready for employment in the oil and gas sector.

“Somehow, the delay in making the FID has enabled the education sector to produce more labour force for employability in the oil sector. If the FID were signed earlier, we would not be having sizeable quantifiable numbers that have also been qualitatively produced ready to take on employability like we have today,” he said.

There is a demand for over 14,000 job opportunities in the transport and logistics sector of the oil and gas industry awaiting drivers holding different driving class permits depending on the type of vehicles on site.

The sector also estimates to employ crane, forklift and tele-handler operators among others.

In addition to the Tilenga, Kingfisher and EACOP projects, the refinery project itself will require an estimated 50 HGV drivers, the report continues.

So far, only 200 HGV drivers have been trained in the oil and gas technical discipline, according to PAU.

Dr Rubondo said as the country waits for the FID, competitiveness is being developed among Ugandan enterprises as suppliers and Joint Venture Partners (JVPs).

Suppliers will provide a wide range of animal and crop products to the oil firms for feeding their staff once the FID begins.

This year’s National Content Conference was under the theme: “Linkages between oil and gas and other sectors of Uganda’s economy: Opportunities and Challenges.”

In the first conference held on February 8, 2019, the 600 participants requested discussions of opportunities closer to areas of operations.

Subsequently, two regional conferences were held in Hoima and Nwoya districts on March 12, 2019 and May 30, 2019 respectively.

October 9, 2021
Need Help? Chat with us
Start a Conversation
Hi! Click one of our member below to chat on WhatsApp
The team typically replies in a few minutes.
Kibego John
Kazi-Njema News