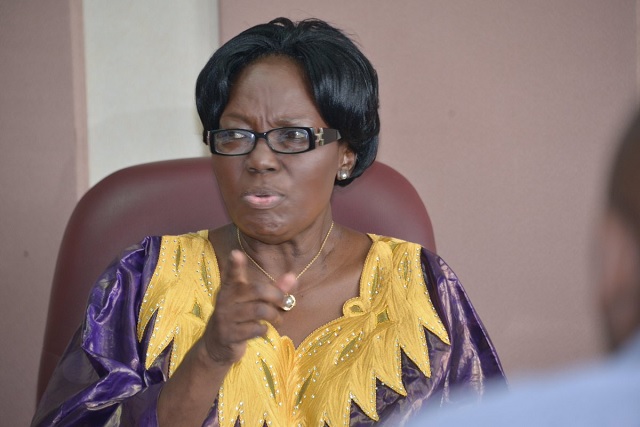 The Speaker of Parliament, Ms Rebecca Kadaga, has directed the Chief Administrative Officers (CAOs) in sugarcane growing districts in Busoga sub-region to come up with a budget for repair of roads.

Her directive follows the poor state of community roads in areas where sugar millers operate from observing that they are almost impassable after being consistently damaged by trucks carrying sugarcane and other cargo to and from the millers.

The speaker made the directive while meeting CAOs from Luuka, Kamuli, Namutumba, Namayingo, Iganga, Jinja and Kaliro districts in her office yesterday (Wednesday).

This meeting followed the previous one held on November 25, 2020, with Managing Directors of sugar companies operating in the region during which she expressed her dismay over the poor state of feeder roads there.

The Managing Director GM Sugar Ltd, Mr Milan Dobaria said then, that since most companies have construction machines they use for their feeder roads, they would be able to support the cause.

Ms Kadaga has now directed the CAOs to sit with district engineers and come up with a budget for repairing roads and present them to the millers.

The speaker said once the budget has been drawn, the districts and the millers can agree on an implementation plan for the districts in Busoga.

The Kamuli CAO, Mr Andrew Mawejje, said the CAOs would return to their respective district engineers and draw a budget that would be discussed with the regional engineers before it is presented to the speaker.

The parties agreed to meet next Wednesday to discuss the progress of the matter.

Once sugar milling companies work on community roads, there will be eased accessibility to different facilities for economic and social services that will relatively enhance the standard of living in the sub-region.

There will be easy transportation of agricultural produce to markets, easy access to health facilities and schools and even the eventual development of trading centres given the improved road infrastructure in the area.