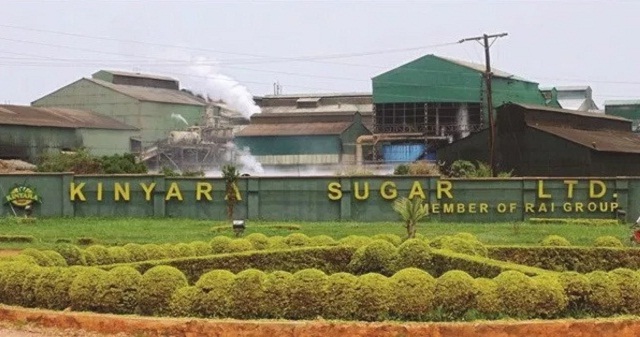 Three board members of Masindi Sugarcane Growers’ Association Ltd (MASGAL) have resigned their positions accusing the board chairperson of alleged false accusation.

Mr Simon Alira-lulu, the chairperson of the Working Committee and Mr Amos Musindi and Ms Jane Asiimwe-members of the Committee accuse the board chairperson, Mr Cosmas Byaruhanga of accusing them of purportedly determining the price of sugarcane for the 2020/2021 financial year with Kinyara Sugar Limited without the consent of the other board members.

In their announcement during a press conference at Kolping Hotel in Masindi town yesterday (Monday), Mr Alira alleged that Mr Byaruhanga who is also the Masindi District LC 5 Chairman made the accusation on July 5, 2020 while at Kikuube village in Bwijanga sub – county while addressing sugarcane farmers.

He said that the allegations tantamount to character-assassination against them since sugarcane price is not determined by his sub-committee without the other six board members of MASGAL.

When contacted, Mr Byaruhanga denied he accused the three members saying he did not even address any sugarcane farmers in Kikuube as alleged.

He said that he heard reports that the three members met the management of Kinyara Sugar Limited in February 2020 and shared it with the chairperson Eastern Sugarcane Zone, Ms Mary Mujumura and other members.

Byaruhanga described the members’ resignation as a sign of defeat.

However, Mr Byaruhanga appealed to sugarcane farmers to be patient assuring them of the board’s commitment to ensure Kinyara Sugar Limited gives them a better price for their sugarcane for this financial year.

This comes at a time when MASGAL board has rejected the Shs91, 000 that Kinyara Sugar Limited recently announced as the price for sugarcane for the current financial year.