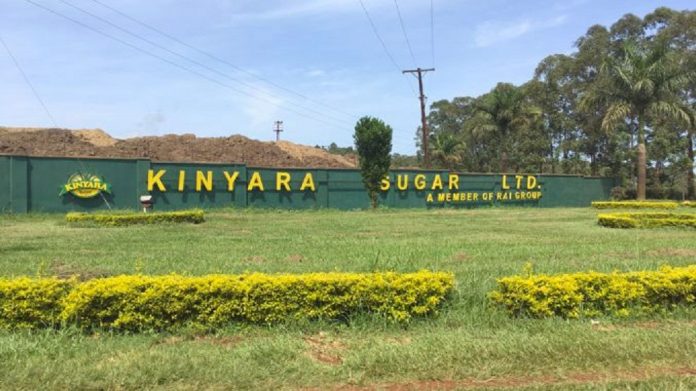 Sugarcane growers in Masindi district have resolved to establish their own sugar factory in a bid to solve the unwavering challenges encountered in marketing their product.

Mr Byaruhanga who is also the Masindi District Chairman said that the fact that Kinyara Sugar Limited has opened up many sugarcane plantations in the district; enough to feed its sugar factory, this puts the out growers at risk of either having no one to buy their sugarcane or selling it at a cheaper price.

Such a scenario has coerced the farmers to think outside the box and decided to engage the government to enable them set up their own sugar mill like it promised farmers in Busoga region or give them their 10% of shares an equivalent of Shs37b that farmers had in Kinyara Sugar Limited before it was sold off to a foreign investor. The chairman said that the tune is enough to start up a sugar factory.

“I urge the government to give us our own factory; and this is possible. More so, we already had our 10% of the shares which is equivalent to Shs37b when government was selling off Kinyara [Sugar Limited]. All people of Masindi and Bunyoro should work together to ensure that government gives us a sugar factory because we are going to suffer with our sugarcane given the prevailing circumstances,” he added.

Mr Byaruhanga disclosed that engagements with several stakeholders were being held to devise means of achieving the farmers’ goal adding that they are now looking for land where to set up their own factory.

“Meetings involving elders, opinion leaders and other leaders have begun to ensure that we also get own factory. As aware, the President promised the Basoga to have their factory. The president has also paid their transport fees to enable them carry their sugarcane to Atiak (Sugar Factory). But here we are suffering in Masindi. So, our meetings have started and we shall be communicating to people. We are now looking for land where we farmers shall establish our factory.”

In the recent past, farmers in Masindi district have resorted to selling their sugarcane to sugar factories in Amuru district and Busoga region and also to juggery millers citing Kinyara’s delay to harvest their sugarcane, hence, incurring losses.