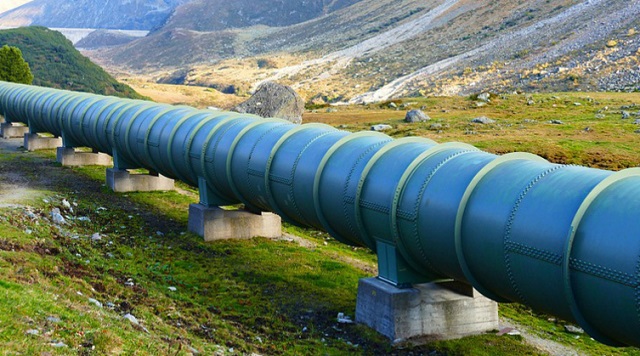 Mr Pierre Jessua’s pledge is contained in a statement published on September 11, this year following the inking of the Host Government Agreement (HGA) with Uganda on the same date.

The senior official adds that the company is now ready to move faster project activities that will ensure Uganda produces first oil in three years’ time.

At the moment, announcements are placed over various radio stations calling for the Project Affected Persons (PAPs) to get and fill forms for their property that will be affected by the project in the Albertine Graben.

Also Mr Arnaud Breuillac, Total S.A’s exploration and production president told senior Tanzanian officials, as per Tanzanian media reports, that even with the current global context where many firms are cutting back on investment activities-that will not happen with the East African Crude Oil Pipeline (EACOP) project.

“At Total, the EACOP project in Uganda and Tanzania is considered as a landmark to anticipate the rebound of the economy,” he said.

But local entrepreneurs who have positioned themselves since 2012 for opportunities in the oil industry remain cautious.

Mr Emmanuel Mugarula, the CEO of the Association of Uganda Oil and Gas Service Providers told journalists that as much as the signing of the agreement was hyped as a milestone, they are cautiously optimistic since they have been disappointed before by such public pronouncements.

“We have had so many false starts,” Mr Mugarula said adding that “the excitement has worn off.”

But Mr Robert Kasande, the Permanent Secretary in the Ministry of Energy and Mineral Development told the press September 17, 2020, that the signing of the agreement brought back the momentum that was lost in 2019.

“The signing of the agreement is extremely important for Uganda because it means we are getting closer to the Final Investment Decision (FID) by the oil companies,” he said.

On September 11, 2020, President Yoweri Museveni and Mr Patrick Pouyanné, the chairman and CEO of Total watched on as Ms Mary-Goretti Kitutu, Uganda’s Minister of Energy and Mineral Development and Mr Nicolas Terraz, the Total Exploration and Production President for Africa signed the HGA for the EACOP.

Two days later, on September 13, 2020, President Museveni flew to northern Tanzania and met President John Pombe Magufuli, in his hometown of Chato to sign a similar agreement with Tanzania.

The agreements have now cleared the way for the construction of the 1,445km long pipeline that will transport crude oil from Uganda’s oil fields in Hoima, to the Tanzanian port of Tanga.

The governments of Uganda and Tanzania first signed the intergovernmental agreement for the EACOP project in May 2017— a ceremony which was hailed as a significant milestone for the pipeline project.

The agreement marked the decision of the two neighbouring states to embark on developing the longest electrically heated crude oil export pipeline in the world.

The milestone is a major step towards the development of Tilenga (the northern Lake Albert upstream project) and Kingfisher project since the crude export pipeline is one of the key routes for marketing of Uganda’s oil resources as agreed in the memorandum of understanding for the commercialisation of the Lake Albert oil and gas resources signed in 2014 between Uganda and the upstream joint venture partners.

In principle, the two governments agreed to expedite the harmonisation of pending issues in the “spirit of the East African Community.” The two presidents said the remaining agreements are to be fast-tracked to speed up the implementation of the EACOP project.

The HGA outlines issues pertaining to tax and other revenues to be accrued from the project; participation of Tanzanians in the project and how to deal with challenges that might arise during implementation of the project.

Other pending agreements include; the Shareholders Agreement (SHA), Ports Agreement (PA) and Land Lease Agreement (LLA). When all these agreements are signed, it is expected that Total will take the FID  — a decision which will usher the French oil giants into the construction phase of the project.

TotalEnergies to identify, train, recruit over 120 Ugandans for free online...

April 14, 2021
Need Help? Chat with us
Start a Conversation
Hi! Click one of our member below to chat on WhatsApp
The team typically replies in a few minutes.
Kibego John
Kazi-Njema News