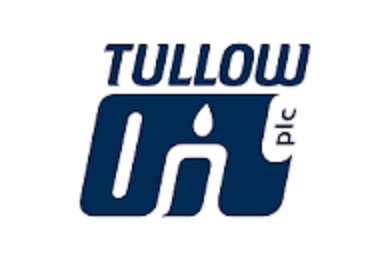 Tullow Oil plc shareholders will on July 13, 2020, decide whether the company’s $575m oil deal with Total E&P Uganda BV will take place or not.

The company says the decision will be made ahead of the general meeting that will take place on July 15, 2020 at their headquarters in London.

On April 23, 2020, Tullow Oil plc announced that it had agreed to sell off its entire stake in the Lake Albert Development Project to Total for a tune of $575m.

Total was scheduled to pay $500m at the completion of the deal and $75m when the Final Investment Decision (FID) is reached plus the post first oil contingent payments.

According to Uganda Revenue Authority (URA), the transaction attracted a Capital Gains Tax of $14.6m.

However, this excluded the contingent payments.

In its statement, Tullow urged shareholders to vote in favour of this deal saying it is important to the company.

Part of the statement reads: “As described in the circular, the transaction is of critical importance to Tullow and the Tullow board unanimously recommends that all shareholders vote or procure votes in favour of the resolution being proposed at the general meeting.”

“A shareholder circular relating to the transaction (the Circular) has been published today, having received approval from the Financial Conduct Authority. Under the UK Listing Rules, the transaction constitutes a Class 1transaction and is therefore, conditional on among other things the approval of Tullow’s stakeholders, by a simple majority of votes cast,” the statement adds.

However, due to COVID-19, shareholders will not attend the meeting in person.

Therefore, they have been urged to cast their votes in advance by proxy by appointing the chair of the general meeting as their proxy in respect of all their shares to vote on their behalf.

“Shareholders will be able to listen to a live audio cast of the general meeting and and submit questions remotely,” it added.

The company also said the transaction remains subject to a number of other conditions including customary government and other approvals and the execution of a binding tax agreement with the government of Uganda and URA that reflects the agreed tax principles announced recently.

Announcing the deal on April 23, 2020, Tullow’s Executive Chair, Ms Dorothy Thompson revealed that a number of shareholders had shown a positive response in this transaction.

“Tullow has consulted with shareholders holding approximately 27.5% in aggregate of Tullow’s issued share capital and is pleased to report that they have indicated their support for the transaction,” she said.

“Subject to the satisfaction of the conditions, the transaction is subject to complete in the second half of 2020”, Tullow added.

This month, China National Offshore Oil Company (CNOOC), one of the three oil players in the Albertine Graben who had a 50% pre-exemption rights, chose not to pre-empt the sales giving the deal a smooth go ahead.

Crescent moon not sighted in Saudi Arabia, Eid-ul-Fitri will be celebrated on Thursday

Kazi Njema Reporter - May 11, 2021 0
The crescent moon for the month of Shawwal 1442 was not sighted this (Tuesday) evening, Saudi Arabian authorities announced moments ago. This means that celebrations to mark...

December 4, 2020
Need Help? Chat with us
Start a Conversation
Hi! Click one of our member below to chat on WhatsApp
The team typically replies in a few minutes.
Kibego John
Kazi-Njema News