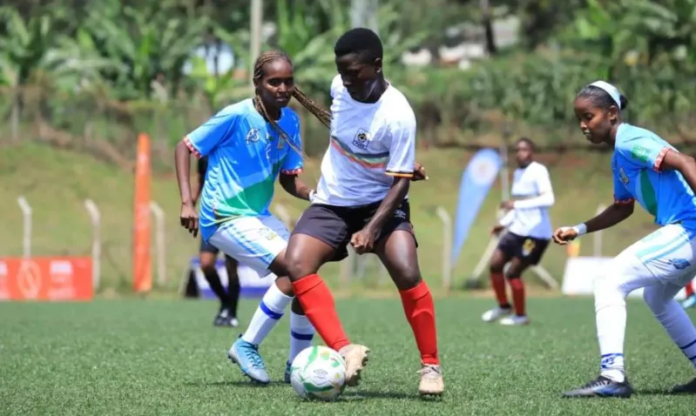 Uganda Crested Cranes and Burundi have qualified for the semi-final stage at the ongoing CECAFA Senior Women’s Championship.

The two teams made it to the knock-out stage after the Crested Cranes picked a 5-0 win against Djibouti in the first Group A match played at FUFA Technical Centre Friday.

Burundi also made it to the next stage with a hard-fought 2-1 win against Rwanda in the second Group A match played as the regional tournament entered Day 3 on Friday.

Uganda now lead Group A with six points and a better goal difference than Burundi who also have the same number of points.

The two sides which also feature in the TotalEnergies Women’s Africa Cup of Nations 2022 in July will face-off on Sunday to decide who leads the group.

Actions returns today (Saturday) with Group B matches as Ethiopia takes on Tanzania and South Sudan facing Zanzibar in the second match.

March 10, 2021
Need Help? Chat with us
Start a Conversation
Hi! Click one of our member below to chat on WhatsApp
The team typically replies in a few minutes.
Kibego John
Kazi-Njema News