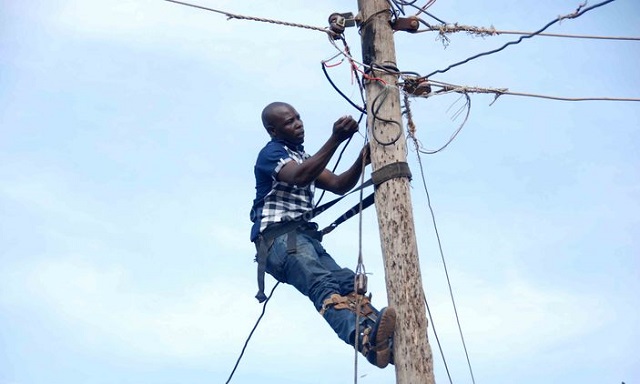 At least 580 sub-counties and 52 town councils are to be lit up under the Uganda electrification project, according to a statement released by the Rural Electrification Agency (REA).

The project which has already started and being championed by the government of Uganda through REA will cost US$212m.

The project under the Bridging the Demand –Supply Gap through Accelerated Rural Electrification Programme (BDSGAREP) is financed through a concessional loan from the EXIM Bank of China.

The project will be implemented in five phases. The first one includes the official Project Launch Schemes that were selected to achieve visibility in relatively less serves districts.

The second phase includes shorter schemes that can be quickly commissioned to increase project visibility in order to achieve, in a short time, a higher percentage of administrative centres connected and manage public expectations.

Phase three includes the longer lines that would require more resources and time while the rest include schemes that are planned to interconnect with lines that are to be constructed by other REA projects, which are yet to be implemented, especially the World Bank funded Energy for Rural Transformation (ERT III) and the Africa Development Bank (AfDB) funded UREAP projects.

“The overall plan is to ensure that all lines for which construction is completed are commissioned within the shortest time possible and handed over to the respective Service Providers for management and commencement of implementation of customer connections”, read part of the statement.

The construction work has already begun in most of the Phase 1 Districts and REA envisages that the contractor will have completed work in 71 districts, equivalent of 68% by December this year.

The project will be executed by M/s TBEA Co., Ltd, – a Chinese company with the help of 45 local subcontracting firms contracted in fulfillment of some of the requirements put in place during the approval of the projects loan.

Spain’s M/s EPTISA will be supervising and managing the project over its three-year-period of implementation.

Kazi Njema Reporter - June 11, 2021 0
Uganda has recorded its highest number of coronavirus cases since the pandemic begun. A total of 1,438 out of 8,478 people tested positive according to...

August 19, 2020
Need Help? Chat with us
Start a Conversation
Hi! Click one of our member below to chat on WhatsApp
The team typically replies in a few minutes.
Kibego John
Kazi-Njema News
%d bloggers like this: